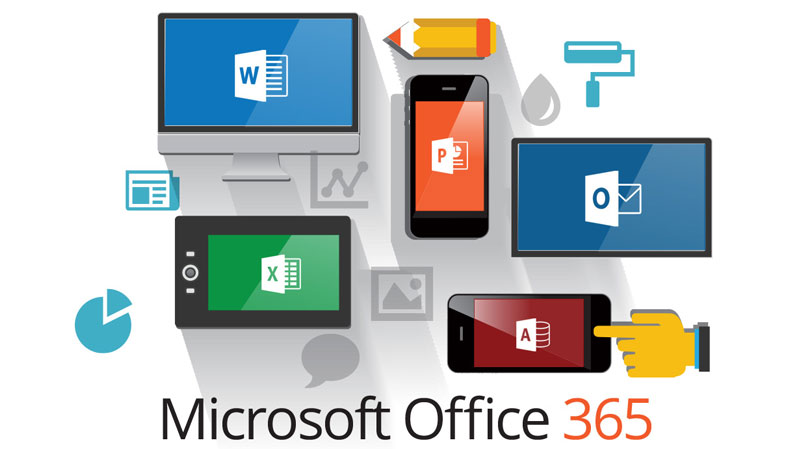 Microsoft 365 is Microsoft’s suite of business and productivity apps and services. People use these apps for all manner of day-to-day business operations and to improve workflow efficiency and workplace productivity.

What is Microsoft 365? Put simply, it is a collection of software programs and cloud-based services that enable users to perform various activities on their computers. Versions of the ubiquitous software suite are available for Windows and Mac computers, as well as Android and Apple iOS phones and tablets. Several different “editions” of Microsoft 365 are available for different markets and users, most on a yearly or monthly subscription basis.

A Short History of Office & Microsoft 365

Microsoft introduced the Microsoft Word word processor in 1983. In this pre-Windows world, Word ran on the MS-DOS operating system. The first version of Word for Windows came out in 1989.

Word wasn’t Microsoft’s first productivity software, however. Microsoft marketed a spreadsheet program called Multiplan (for CP/M computers) back in 1982. Microsoft Excel would succeed Multiplan in 1985 for Apple Macintosh computers. The first Windows version of Excel hit the market in 1987.

The third leg of the initial Office triad was PowerPoint, a presentation program. Microsoft released a Macintosh version of PowerPoint in 1989, followed by a Windows version in 1990.

These three programs—Word, Excel, and PowerPoint—were first brought together in 1990, under the banner of Microsoft Office. New versions of Office followed almost yearly for several years and today we’re up to version 16, which was released in 2019.

Today Office is sold as freestanding software packages and as an ongoing subscription service. With the new 365 platform concept, users or businesses purchase a monthly or yearly subscription and have use of the included Office apps for that period.

Different versions of Microsoft 365 include different combinations of apps and services. You’ve probably heard of the big ones, such as Word and Excel, but that leaves a few dozen apps and services your business could—and perhaps should—be using.

What apps are available in Microsoft 365? The apps differ from version to version, but here’s an almost comprehensive list, in alphabetical order:

Microsoft also offers a variety of services, primarily with the enterprise versions of Microsoft 365. These services include Advanced Threat Analytics, Cloud App Security, Enterprise Mobility + Security, Microsoft EndPoint Manager, and more. It’s a long and sometime confusing list of applications, but we’re here to help sift through the clutter and help you find some hidden gems that could improve your business’s operations.

This is the first of an eight-part series on Microsoft 365 apps and services. Over the next several months we’ll be highlighting some useful and often overlooked apps in the Microsoft 365 suite. You can look forward to separate articles on SharePoint, Teams, Power BI, Planner, Power Automate, Whiteboard, and of course, the “big four”: Word, Excel, PowerPoint, and Outlook.

Let CDS Help You Get the Most from Microsoft 365

CDS Office Technologies has been serving business customers in Illinois, Indiana, Iowa, and Missouri since 1971. We are the office solution experts—our expert staff is dedicated to understanding our customers’ needs and helping them find the most cost-effective business solutions.Contact CDS Office Technologies today to learn how to get more out of Microsoft 365 apps and services.