The Importance of Body Cameras for Police Officers 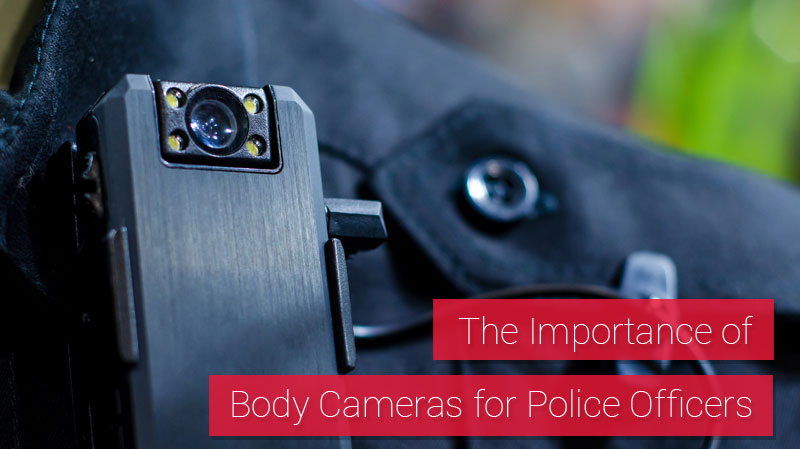 Whether or not the police should wear body cameras is a perennial topic that surfaces alongside almost every police-civilian encounter that makes it onto the news. The public is overwhelmingly in favor of their required use, believing them effective in curbing officer misbehavior. A study by the Cato Institute found that 89 percent of Americans strongly support officers wearing body cameras on duty. Support extends across political and demographic lines, indicating that this is neither a partisan, nor a generational issue.

Beyond public preference, though, there are still many salient benefits for police officers to wear body cameras while on duty.

In an era of increasing distrust of authority figures in general, public opinion sees body cameras as a system of accountability. However, body cameras do have several significant advantages for police officers that often get overlooked. These advantages include:

Every day, police officers undertake an extremely dangerous job with many occupational hazards that are unique to their line of work. Often, officers are called to address situations with violent, often unpredictable individuals. Tragically, officers can and do get killed or injured in the line of duty.

Although body cameras don’t necessarily influence police behavior under duress, research does show that they improve officer safety. When individuals know or believe they’re being recorded, research supports the observation that people are more likely to behave less aggressively than if they aren’t being recorded or don’t know that they are.

Cato Institute indicates that the vast majority of Americans support mandatory use of body cameras by police officers, with some 53 percent “strongly” in favor of them. Body cameras are primarily seen as one way to inspire accountability in police forces around the country.

Such visible displays of transparency do affect the public perception and confidence of police officers. Although they don’t singlehandedly address the challenges of policing a population, the adoption of body cameras, more often than not, serves as a first step to developing better relations with a community.

Real-life examples are the most effective training material for anyone in a high-stress, high-stakes job with significant responsibility. Modern body cameras frequently include audio, making them valuable additions to training programs for police officers. By studying what experienced officers did right or wrong in a particular instance, new officers can accelerate their training with mental rehearsal to get off on the right foot.

Police video devices like the Panasonic Arbitrator offer unparalleled image quality, a 70-degree wide-angle view, and magnification up to 220x. That makes it easier than ever for police forces to collect video to improve the quality of the training they offer recruits.

On average, about 8,500 police officers—less than 10 percent of most police forces—are investigated for misconduct every year. Over the past decade, some 30,000 officers have been decertified – many more have been cleared of wrongdoing with a significant number of those complaints deemed unwarranted. Accusations of police misconduct have continued to pose a serious problem, especially when they’re the result of misunderstandings or community members falsify them.

A study found by the UNLV Center for Crime and Justice Policy found that wearing body cameras can reduce misconduct complaints by up to 30 percent.

Beyond advantages in the field, body cameras are useful on a practical level. Devices like the Arbitrator integrate with other Panasonic officer tools, including Toughbooks. With these ultra-rugged devices designed for life in the field, officers are empowered to upload footage effortlessly to attach it to a case file. They’ll spend less time typing and fiddling with paperwork and more time serving their community.

The pros and cons of police body cameras are heavily argued in public discourse, but many people overlook the practical advantages that this technology offers to the officers. From improving safety to decreasing paperwork time, body cameras do much more than train a watchful eye on police and civilians. CDS is proud to work with local police departments to develop the right set of tools to help them become productive, trusted community guardians.

CDS is a specialist in Panasonic police technology. Contact us now to discuss your department’s challenges and safety policies.