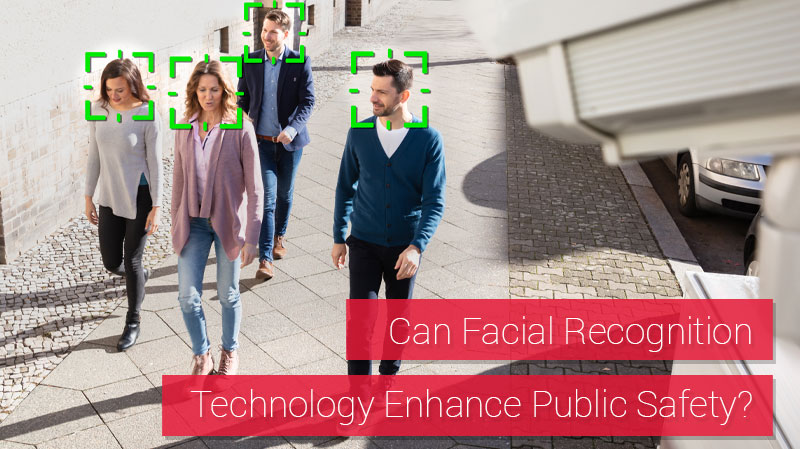 Facial recognition technology is a highly controversial topic that’s sweeping through the United States, sparking debate about its place (or lack thereof) in the modern environment. Already implemented elsewhere around the world, the US has seen only relatively minimal adoption of the technology in a few isolated scenarios.

However, in February 2020, US senators proposed a partial ban of the technology in the US. Citing ethical and privacy reasons, it put severe restrictions on how and where facial recognition technology might be used. Notably, it did not restrict the ability of police from embracing the technology to carry out law enforcement activities.

What Is Facial Recognition Technology?

There are several ways by which facial recognition technology “maps facial features.” The earliest examples of this type of software simply mapped facial landmarks—or unique features—then searched for images by landmark category. For example, if an analyzed image featured a person with blue eyes, narrow black eyebrows, and a tall forehead, the program might return all examples of individuals with similar landmarks.

As the technology became more advanced, it began to use 3D technology to make those landmarks much more specific. That reduced the number of matches the computer returned. Today, some technology leverages advanced tactics like skin texture analysis and thermal imaging to help identify a person. The most advanced software combines these techniques to return highly accurate results.

How Facial Recognition Benefits Businesses and the Public

Facial recognition has been around for a while. It has many applications, even if the public doesn’t always recognize it. For example, most people are familiar and comfortable with things like Instagram’s face filters. A simple facial landmark recognition algorithm enables the filter to precisely identify where to place specific elements to alter the image.

Facebook has also been using facial recognition since 2010 to help users tag friends. Its algorithms identify when a face is displayed in a picture then prompts users to type in who it is and can even suggest certain people to tag.

However, those aren’t the only entertainment-related uses for facial recognition. The technology is becoming increasingly popular in marketing, where advertisers identify when someone is standing in front of a computer screen before starting a video. Likewise, many cameras now have a “face detection” setting to make it easier to take selfies.

In late 2019, several cities banned the use of facial recognition technology by police officers. Likewise, a bipartisan federal bill introduced in November 2019 sought to heavily restrict use of the technology by law enforcement. Much of this action has arisen due to fears of surveillance abuse. According to research by Georgetown University, at least half of all Americans have their facial images stored in a database accessible to law enforcement.

Nonetheless, facial recognition technology has many valuable applications in police and public safety. For example, it can be used to:

Facial recognition technology is neither new nor rare. It has many exciting applications from entertainment to science, and it has already proven that it’s a valuable asset when used responsibly. However, it has gained more attention as cities and politicians have moved to limit the ability of police to harness it for law enforcement activities out of fears that it may be misused. Nonetheless, when deployed correctly, facial recognition technology enhances public safety and security.